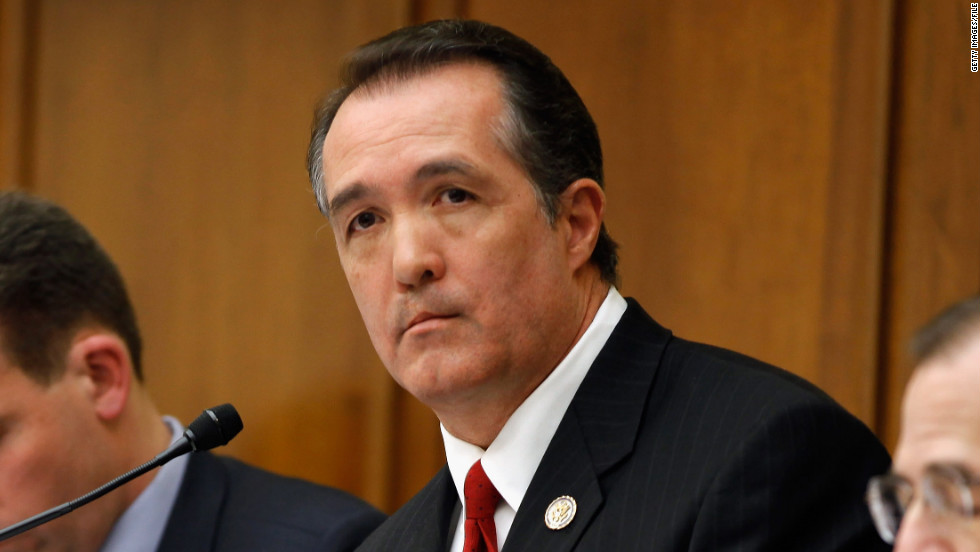 Rep. Trent Franks, a Republican from Arizona, holds a hearing in February 2011 on Capitol Hill. (Photo by Chip Somodevilla/Getty Images)

The reasons for his resignation were not immediately clear as the news broke. On Thursday evening, a group of conservative House Republicans gathered around Franks on the floor and prayed with him. Ohio Rep. Jim Jordan, one of the members who huddled with Franks, told CNN that a statement is coming out shortly on the issue.
Franks, a self-styled „conservative, Reagan Republican,“ joined Congress in the early 2000s and has hewed conservative on a range of issues in his time there, with a particular focus on anti-abortion issues.
He supported President Donald Trump last year, even in the wake of the „Access Hollywood“ tape, by saying Trump’s words, while bad, did not compare to Democratic presidential candidate Hillary Clinton’s support of abortion rights.
Franks was involved in Trump’s efforts to oust Arizona Sen. Jeff Flake before Flake announced his retirement. Franks, state Treasurer Jeff DeWit and former state GOP Chairman Robert Graham huddled privately backstage with Trump before the President’s raucous Phoenix rally earlier this year.
Franks sits on the House Judiciary Committee and the House Armed Services Committee.
Franks drew national ire in 2013 when he said, „Incidents of rape resulting in pregnancy are very low“ — a remark he later said was taken out of context.
Frank’s northwest Phoenix suburb is reliably Republican, having gone to Trump and 2012 Republican presidential nominee Mitt Romney, both of whom won the district by more than 20 percentage points, and Franks easily won re-election last year.
This story has updated and will continue to update with additional developments.